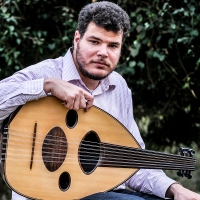 Hazem is an acclaimed oud player and composer, and the leading and founding member of Eskenderella – an Egyptian band renowned for reviving the lesser known works of the Egyptian composers Sayyed Darweesh and Al-Sheikh Imam.   Born in Alexandria, Hazem graduated from the Higher Institute of Arabic Music, then went on to study at the House of Oud, under Iraqi oud player Nasseer Shamma. In 2002, Hazem was awarded the Best Oud Player in the Arab World award as part of the International Oud Competition in Beirut. 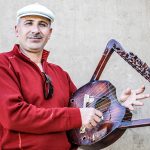 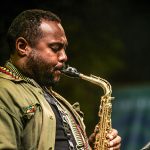