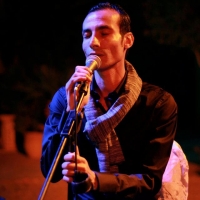 Bassem is a singer/actor from Minya. He began his musical journey at the young age of 7 as one of the members of his church choir in Minya. After mastering Coptic compositions, he joined the Choral Association for Education and Development in Upper Egypt where he sang compositions by Sayed Darwish, Sheikh Imam and many more. Since then, Bassem has participated in numerous vocal, percussion, dance, acting and theatrical improvisation workshops with instructors from Egypt and Europe including Fathy Salama, and was a member of one of Egypt’s oldest theatrical troupes, Fer’et al Warsha.  He is one of the founding members of bands such as Habayebna, Toot and Gazga and has collaborated and performed with artists such as Wust El Balad at a variety of venues including the Cairo Opera House and Townhouse. Some notable performances include Babel Sound Festival 2016 in Hungary with Mohamed Antar, an Opéra de Massy performance in France, a festival at the House of World Cultures in Berlin, and No Border #5 Festival des musiques in France. 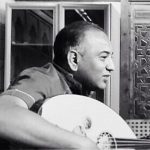