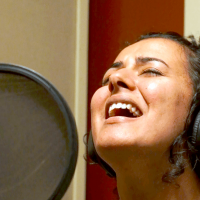 Singled out for the originality of her voice and style by all who hear her, Egyptian Dina El Wedidi has made her mark on her country’s music scene over the past six years.

The 26-year-old El Wedidi started composing songs when she was young and during university in Cairo where she studied languages. Her songs are infused with the political concerns of Egypt. From 2007 to 2010, El Wedidi worked as a singer and actress with the El Warsha Theatre Troupe, exploring Egyptian folklore and performing in such unlikely places as a Cairo prison. During this period (2009 to 2010), she also performed classical Egyptian and Arab songs with the Habayebna band, before establishing her own band in 2011. In 2012 El Wedidi was selected as Protégée to legendary singer, songwriter and guitarist Gilberto Gil as part of the Rolex Mentor and Protégé Arts Initiative. During their time together El Wedidi performed with her mentor at the 2012 Back2Black Festival in London and the Cairo’s Jazz Festival in 2013. Gil has given her advice on her debut album, on which he is a guest performer. 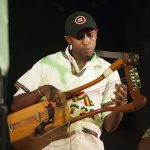