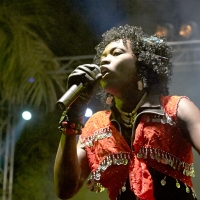 A sister of an internationally acclaimed hip hop artist, Emmanuel Jal, Nyaruach was born around 1983 in Southern Sudan, at the time of the civil war. She lost her mother and was separated from the rest of her immediate family, including Jal, at the age of 4. As years went on, the war intensified, and the orphaned girl was forced to run around with her relatives, witnessing and experiencing the worst of civil war crimes.

There was little hope in her life until she reunited with Jal in 2004 in Nairobi. The two recorded a song together called Gua, which stands for “peace” in their native Nuer tongue. The track was broadcast by BBC across Africa and became a No. 1 hit in Kenya in 2005.

Nyaruach kept her past to herself for a long time, but in 2008 she stepped over her personal pain and revealed her shocking story in War Child, an award winning documentary on Emmanuel Jal’s life. Being in the studio and recording music became the happiest time in her life. She has recently finished recording Gatluak, her first single. 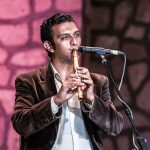 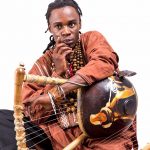