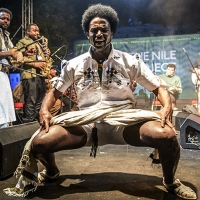 Mekuanent is a singer and dancer of traditional Ethiopian music. He was born and bred in a town called Amer-ghele in Sekota, located in the Wollo region of Northern Ethiopia, where Agews, Amharas and Tigray Ethiopians have lived together in harmony for centuries. He started singing and dancing at a young age, performing at holiday celebrations, church ceremonies such as Timket and Shadey, weddings, and other town functions. His professional musical career began in 2006 when he was recruited by the Ministry of Culture in Bahir Dar to join the Cultural Group, a professional troupe that tours throughout Ethiopia. Mekuanet is currently working on his new album, in between touring with the Cultural Group and performing at traditional clubs in Bahir Dar with the Sora Band. 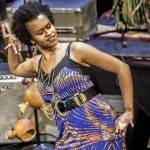 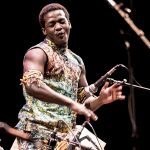