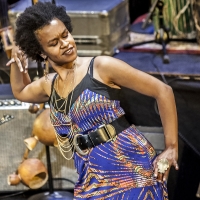 Born in Ethiopia, raised in the U.S. and nurtured by San Francisco’s richly diverse arts scene, Meklit is an acclaimed singer that embodies worlds. Her music’s influences range wide – from the jazz and soul favorites she grew up on; to the hip-hop and art-rock she loves; to folk traditions from the Americas and her forebears’ East African home. After studying political science at Yale, she moved to San Francisco and became immersed in the city’s thriving arts scene. Named a TED Global Fellow in 2009, Meklit has served as an artist-in-residence at New York University, the De Young Museum, and the Red Poppy Art House. She has also completed musical commissions for the San Francisco Foundation and for theatrical productions staged by Brava! For Women in the Arts. She is the founder of the Arba Minch Collective, a group of Ethiopian artists in diaspora devoted to nurturing ties to their homeland through collaborating with both traditional and contemporary artists there. Meklit is currently signed to Six Degrees Records and is releasing her second solo full length album titled “We Are Alive” in March of 2014. Meklit is a co-founder of the Nile Project. 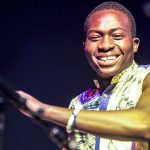