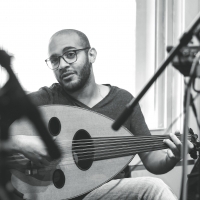 Mohamed Abozekry began studying oud in Cairo at an early age and has earned a reputation as a musical prodigy. At the age of fifteen, he became the youngest professor of oud in the Arab world, and he won first prize at the international Oud competition in Damascus in 2009. He currently leads the Franco-Egyptian band Heejaz. 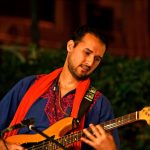